"Older is better" is the whisky equivalent of "more is more." There's plenty of 25-year-old whisky that smells like your grandpa's sock drawer and even more 12-year-old whisky that will leave you humming. With the release of Rare Cask, The Macallan is taking age out of the equation entirely, letting the liquid (not the label) do the talking.

No-age-statement (NAS) whisky isn't a new phenomenon. Legally, whisky with digits on the bottle must list the age of the youngest whisky in the blend. (Unless labeled "single cask" even single malts are blends of different whiskies from a lone distillery.) This means that something labeled 15 years old could actually have an average age much higher than a bottle labeled 18 years old. Older whiskies tend to have richer, spicier flavors while younger whiskies have vitality and freshness that gets subdued over time. Each brings something to the party.

"Whisky obviously has an age, we just don't publicize it here," said Stuart MacPherson, the Macallan Master of Wood (yeah, that's his actual title), during an exclusive tasting earlier today. "This is something the whisky industry created in the early 20th century, where we put an age on it to make the whisky easier for the customer to identify. We're taking things a step forward and saying this isn't about the age, it's about what the consumer wants and the skills of the whisky maker." 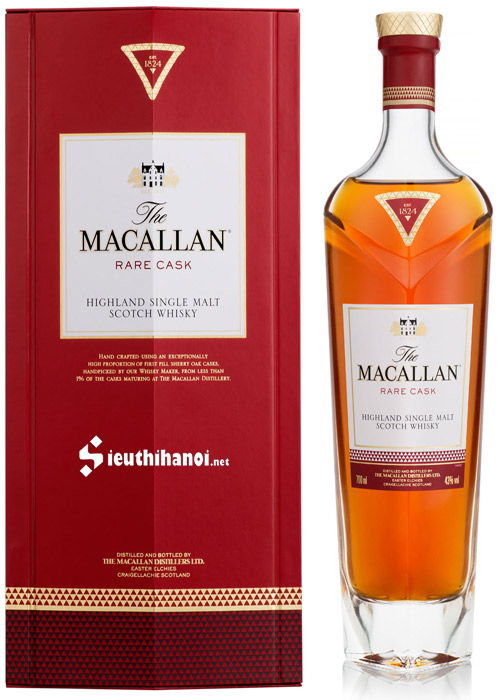 When demand starts to outstrip supply one easy solution for distillers is to make the most of what it has on hand -- unless you've got a time machine, you can't just come up with more 21 year old whisky out of the ether. A few drops of the older stuff can add some depth to a younger whisky. By not putting the age of that young spirit on the final bottle the producer ends up with something it can make quickly and sell without a single-digit age scaring off premium consumers.

But let's be clear: That is not what we have here.

The focus with Rare Cask is on showing off the skills of The Macallan's whisky maker, Bob Dalgarno, and the 100% sherry cask aging process the distillery employs. During our interview, MacPherson spoke just as excitedly about the locations in northern Spain where the oak trees grow and how the grain of the wood allows for a particular kind of whisky maturation as he did about the sculptural glass bottle sitting on the table between us. By not being tied to a number on the label, Dalgarno could work to taste, not to age. 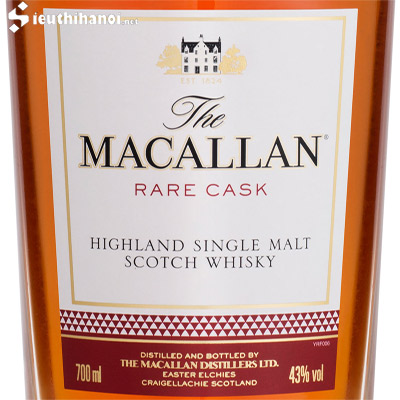 The whisky seriously delivers. The mahogany color is due to the 100% sherry cask aging, and there is no spirit caramel added to give it a fake tan. At 43% alcohol by volume, it's rich and intense on the nose, with a combination of citrus zest, milk chocolate, and wood spice aromas that suggests a wide range of ages are involved. (The Macallan declined to comment on the ages of the blend involved.) From the first sip you get baking spices, more of that chocolate, plums, apricots, and walnuts. The finish has a soft smoke and leaves you licking the insides of your cheeks.

Add a little water to the glass and everything mellows out even more. The nose turns a little crème brûlée with a hint of freshly cut wood. The spices and fruit that dominated when neat soften up and the smoky finish all but disappears. It takes the best flavors of dessert and offers them up without all that sugar.

The Macallan Rare Cask is exclusive to the US market and has a suggested retail price of $300. It is part of The Macallan's core offerings and is available at select retailers now.